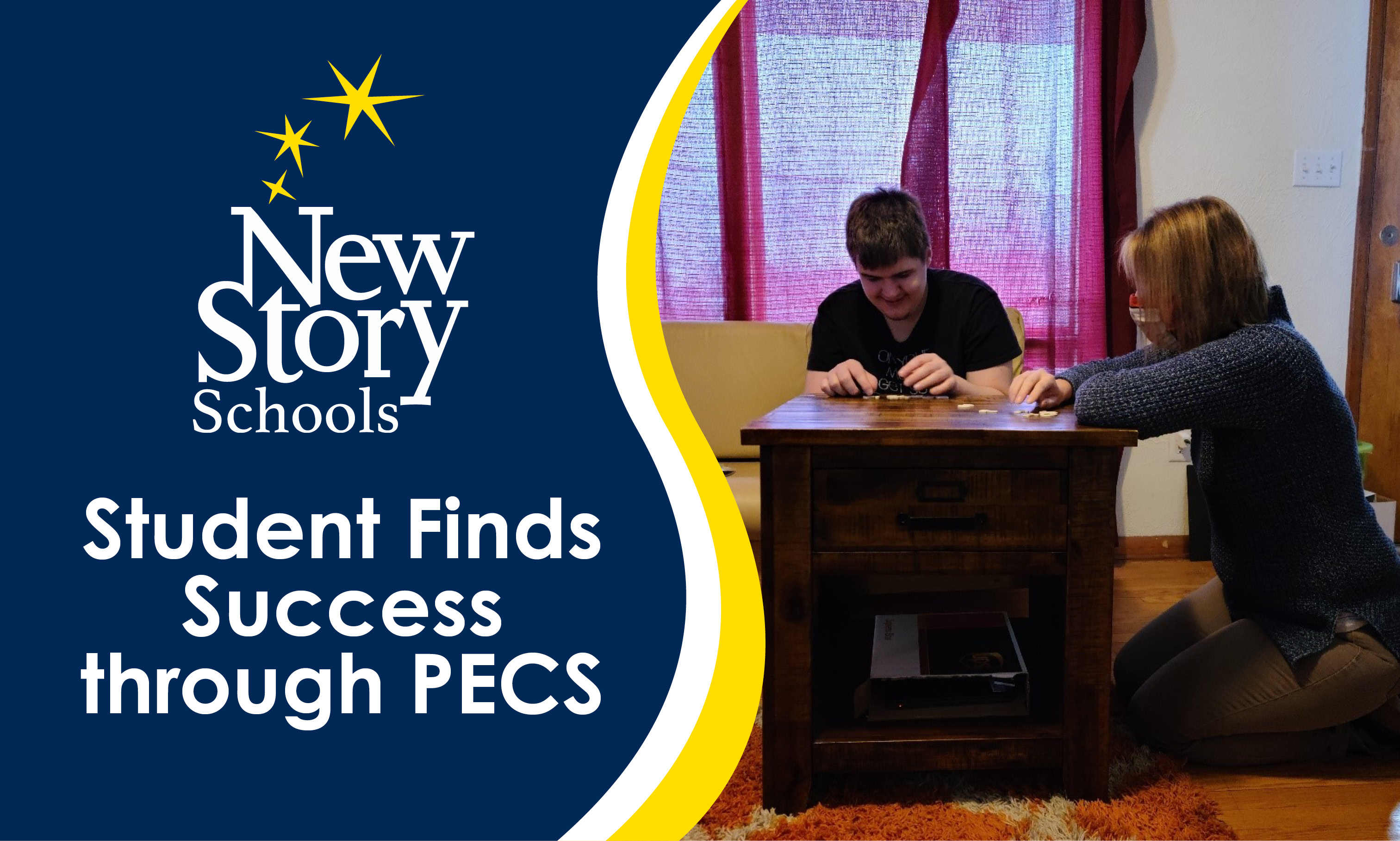 All students face challenges. Griffin, a student at New Story Schools in Pennsylvania, was facing a particularly unique set of challenges when it came to communication. His New Story Schools team, along with those who work with him in his home, have found some extraordinary success in helping Griffin overcome those challenges over the past few years.

Griffin was struggling to find success in a school setting. Because of this, Griffin receives services in telehealth. While learning, he has the direction of an Occupational Therapist on video call with support from a New Story Schools staff member and his house staff in the home.

“The defensive nature that Griffin presents in school was created due to his sensory system being so surprised by touch,” Beth Rigby, a New Story Schools Occupational Therapist who works with Griffin, said. “Therefore, he wants to control his environment and trust those around him. These strong feelings and behaviors limited his ability to learn, especially when it came to handwriting.”

Prior to recent successes, Griffin was presenting just a 33% accuracy with handwriting in a targeted area. Handwriting accuracy measures ability to properly form letters and digits, visual motor integration, visual perception, motor coordination and more. Additionally, Program Manager Dan Gradisek, said that Griffin often only communicated by using his finger to point at things or would people toward things when we wanted or needed them.

Due to these challenges, Griffin’s team decided to implement a therapy system known as Picture Exchange Communication System (PECS) in addition to the services he was already receiving. Picture Exchange Communication System is an alternative communication system designed to help children with disabilities convey their thoughts and needs. The system consists of six phases and begins by teaching an individual to give a single picture of a desired item or action to a “communication partner” who immediately honors the exchange as a request.

“He was using a communication board and pointing to items he wanted, but with much dismay and negative behavior,” Gradisek said. “After introducing PECS, he quickly adapted to the system and began to be more independent in his communication.”

Griffin found quick success and understanding, going from using one picture card (i.e. “raisins”) to convey what he desired, to using three picture cards on a sentence strip (i.e. “I want raisins”) to communicate. He is using PECS throughout his school instruction, therapy times, and his entire day at home.

“Griffin has begun asking for water, showers and sleep independently,” Gradisek said. “He is nearly exuberant when he uses his PECS and gets to have new choices. It is a pleasure to help him with this and to give him the gift of communication.”

Additionally, Griffin’s handwriting accuracy has improved to 90%. He is also showing success with his sensory system, moving from two-step tasks in household maintenance to four-step tasks. The handwriting is an important skill for the future, as he will have signature opportunities in his care as an adult. The movement tasks are important to the development of his sensory system and his availability to learn.

“The consistency, support, feedback and communication of the team spans from his home to his school support systems,” Rigby said. “It is exciting to think about what the world has in store for Griffin!” 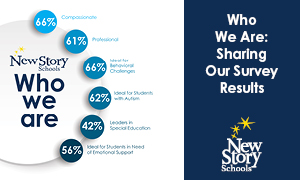 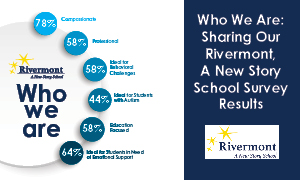 Who We Are - Rivermont New Story 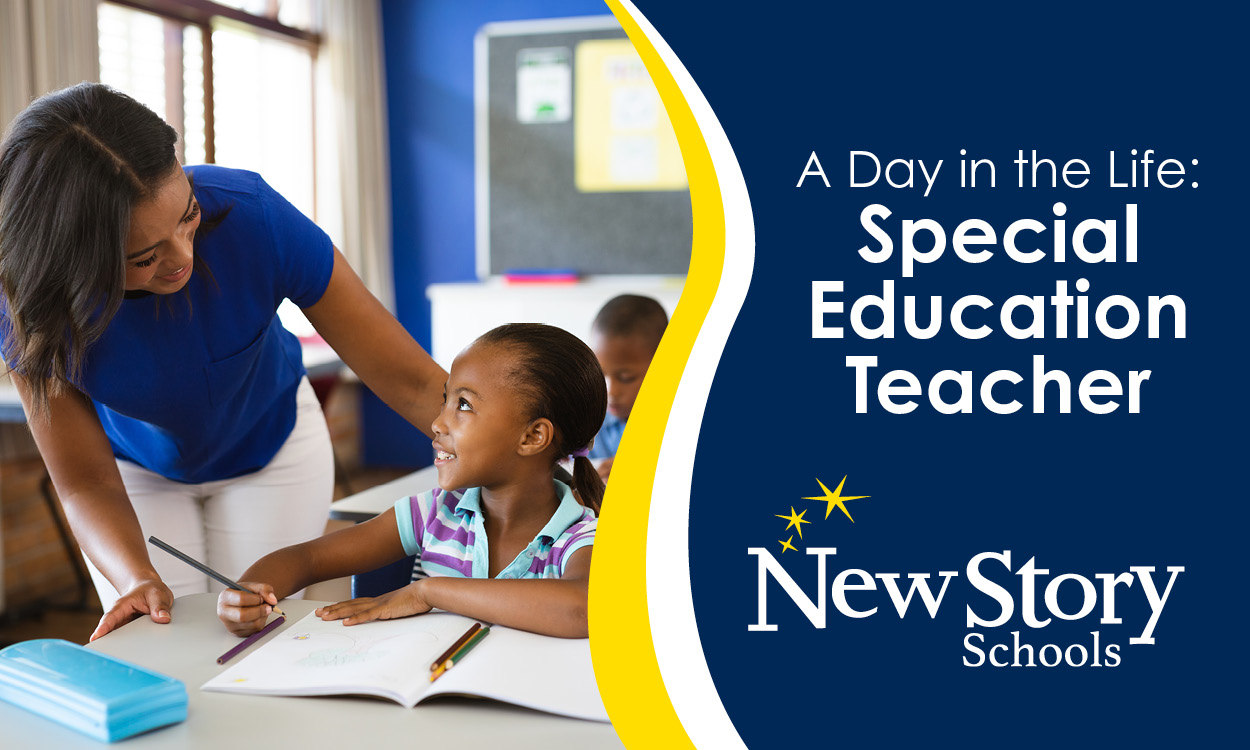 A Day in the Life: Special Education Teacher 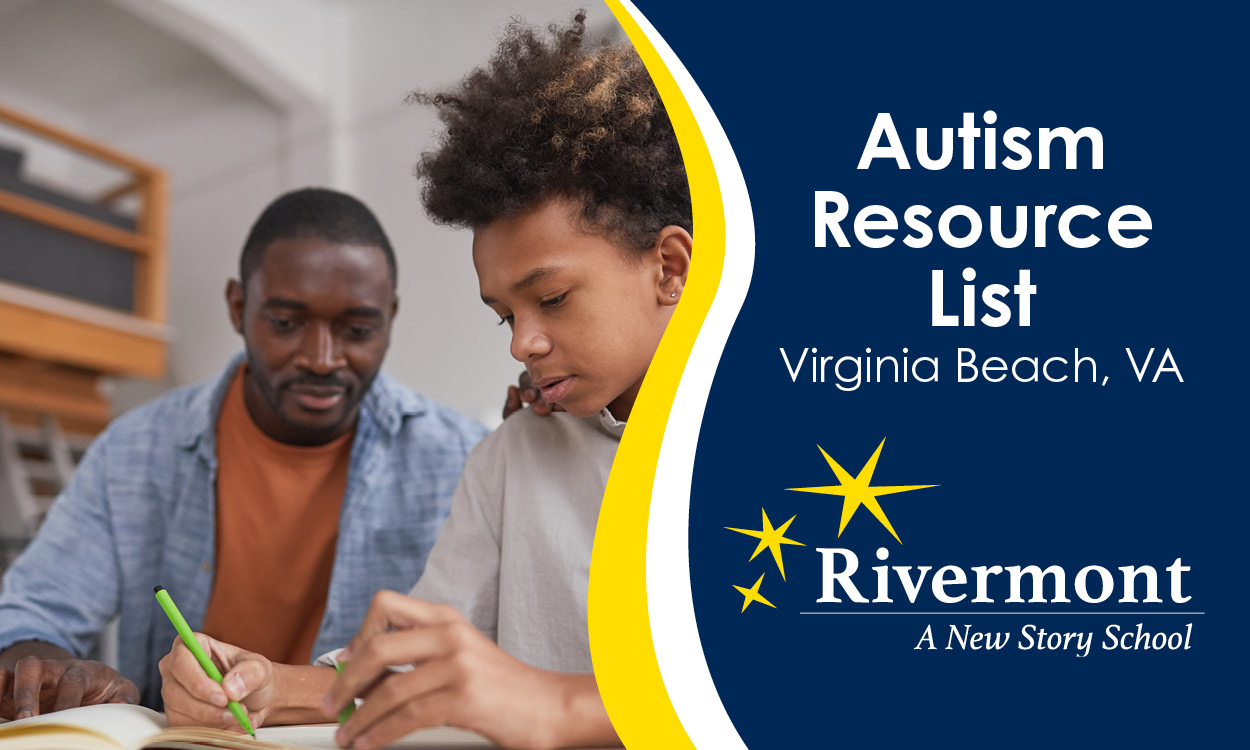 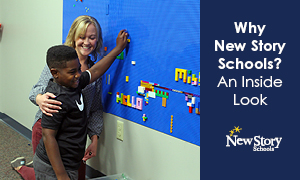